Welcome to South Florida's most remarkable Star Island Homes for sale. Here in this small community of Star Island, you will locate the most desirable waterfront Star Island estate homes available in Miami Beach, Florida. When you like what you see, easily 'Save Search' for new matching Star Island SFH property listings sent via email. 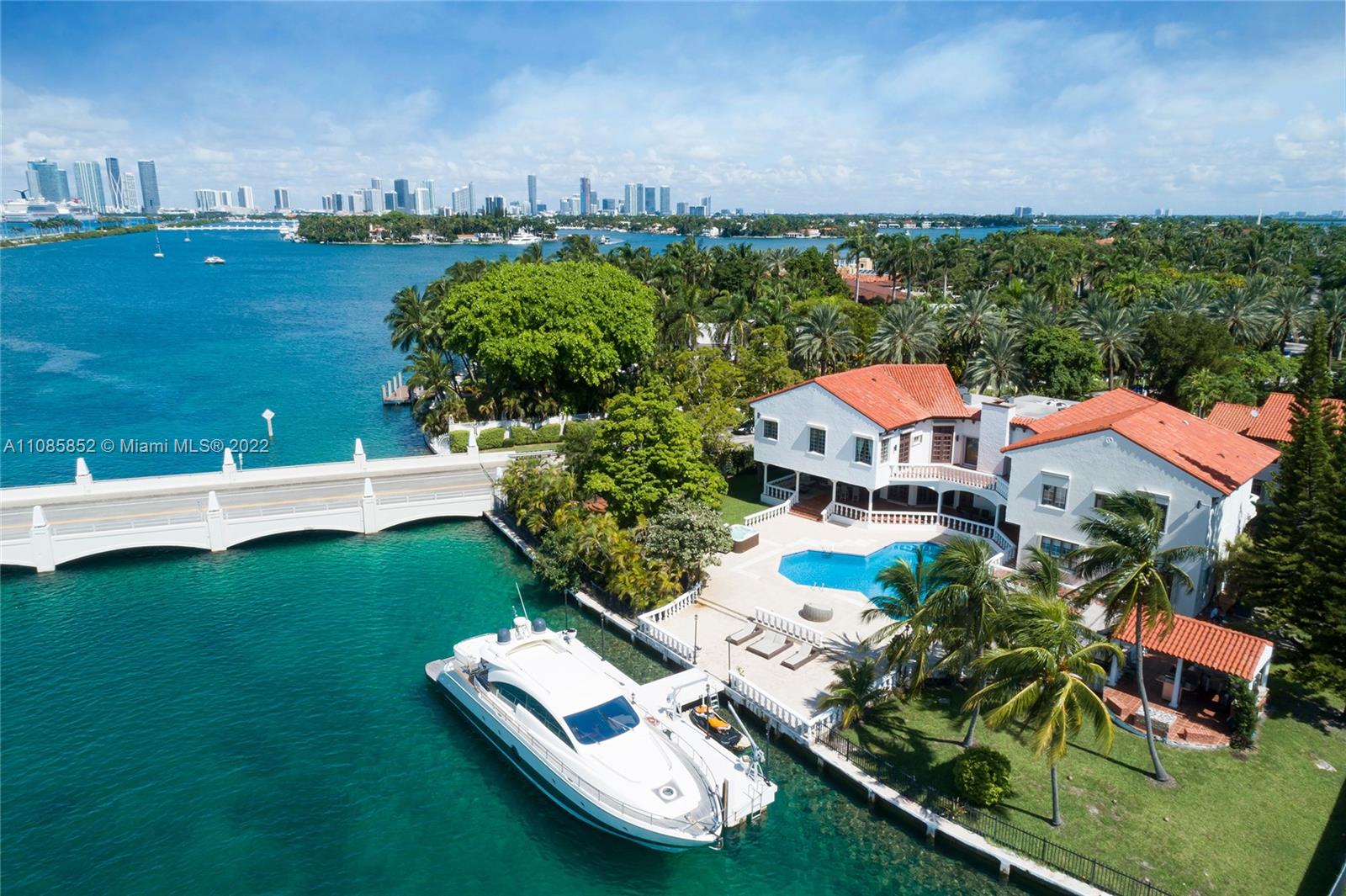 Star Island was conceived as part of Carl Fisher’s dream city of Miami Beach extending into Biscayne Bay. In 1922, the U.S. Army Corps of Engineers finished dredging sand from the bay to build up the mangrove swamps for an artificial island. The first Miami Beach real estate boom helped make Star Island a playground for the super-rich, originally hosting 40 magnificent homes on waterfront lots of more than an acre, all with amazing vistas. The gated Island with the most exclusive addresses in Miami Beach now has 34 spectacular homes, some occupying double or triple lots.

Star Island’s only two streets are separated by a park-like median lined with royal palms and banyan trees. Estate homes tend to be hidden behind high walls or hedges with impressive gates marking their entrances. The security is not surprising considering that many of Miami's wealthiest residents live on Star Island, including celebrities such as Gloria Estefan and Rosie O'Donnell. Shaquille O’Neal also owned real estate there.

Places To Go and Things To Do

Palm Island’s enduring claim to fame dates back to 1928 when notorious gangster Al Capone moved into the Palm Island mansion, which was built by Clarence Busch of Busch Beer fame in 1922. The Capone estate saw many extravagant, lively and celebrity-rich parties in the midst of Prohibition. Gambling and bootlegging also livened up the Palm Island Club, which was the scene of many police raids in 1930.

Capone’s criminal career ended in 1931 when he was convicted of income tax evasion and Prohibition law infractions. After serving more than seven years in prison, Capone headed to his Palm Island estate with his wife and lived there until his death in 1947. The Palm Island Club eventually closed.

The Latin Quarter on Palm Island Drive became world-famous as the hottest address in American nightlife from the 1940s to the 1960s. The nightclub, owned by Lou Walters, father of broadcasting and journalism legend Barbara Walters, attracted the top entertainers of the period, including Frank Sinatra, Tony Bennett, Dean Martin, and Jerry Lewis.

Taking its cue from the Moulin Rouge in Paris, the Latin Quarter featured the world’s best and most beautiful chorus girls performing several dazzling floor shows a night for winter visitors. Eventually, Walters’ productions and Miami Beach’s nightlife moved to the new hotels on Collins Avenue. The Latin Quarter closed, and when it burned down some years later, Palm Island Park took its place.

The Ford family built a winter home on Palm Island in the 1930s to escape the Midwestern chill. Frank Sinatra occupied a house there during the filming of Guys and Dolls, and Nicaraguan dictator Somoza was forced to abandon his island estate after only five days. These days, Palm Island is more sedate.

You'll find all available MLS property listings found here, with Star Island estates included in our MLS database of premier Miami Beach properties. Be sure to inquire about off-market and coming soon listings but also to preview the valuable Star Island Market Report or you may click here to request a Star Island Home Valuation.