Explore the 'Order By' option which shows the Most # of Price Changes and the biggest % of price changes. When you like what you see, easily 'Save Search' for new matching Bay Harbor Islands SFH property listings sent via email. 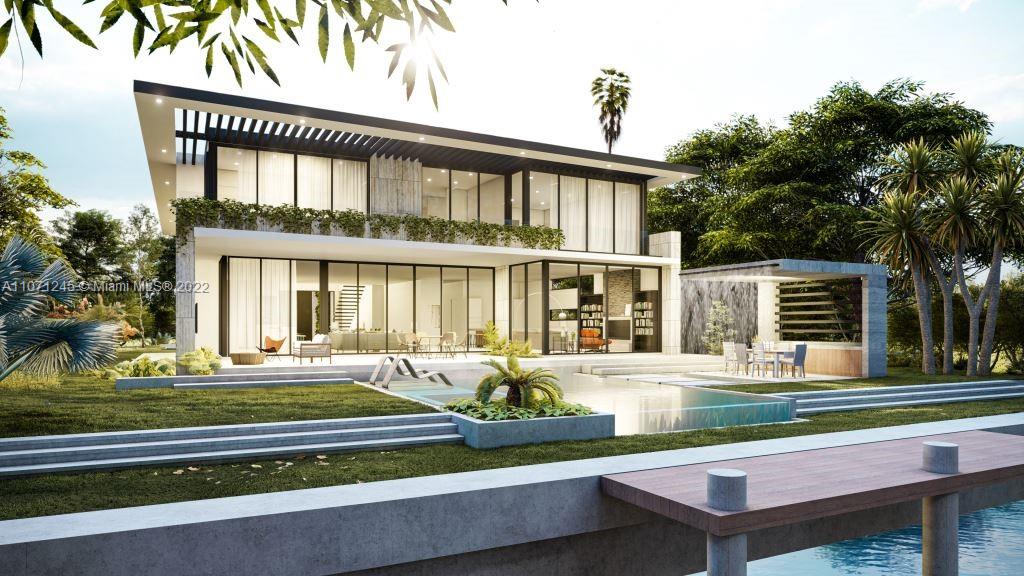 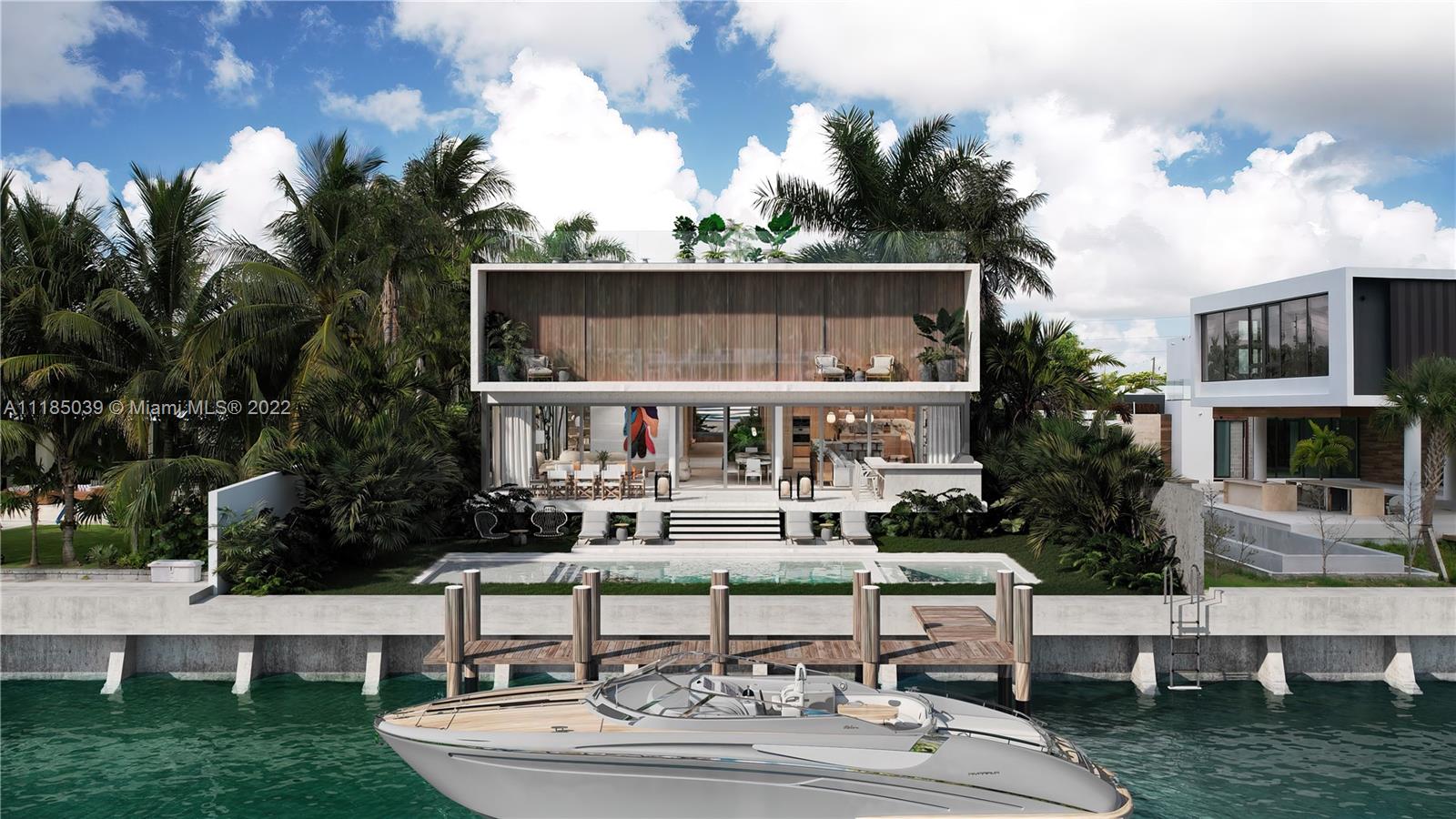 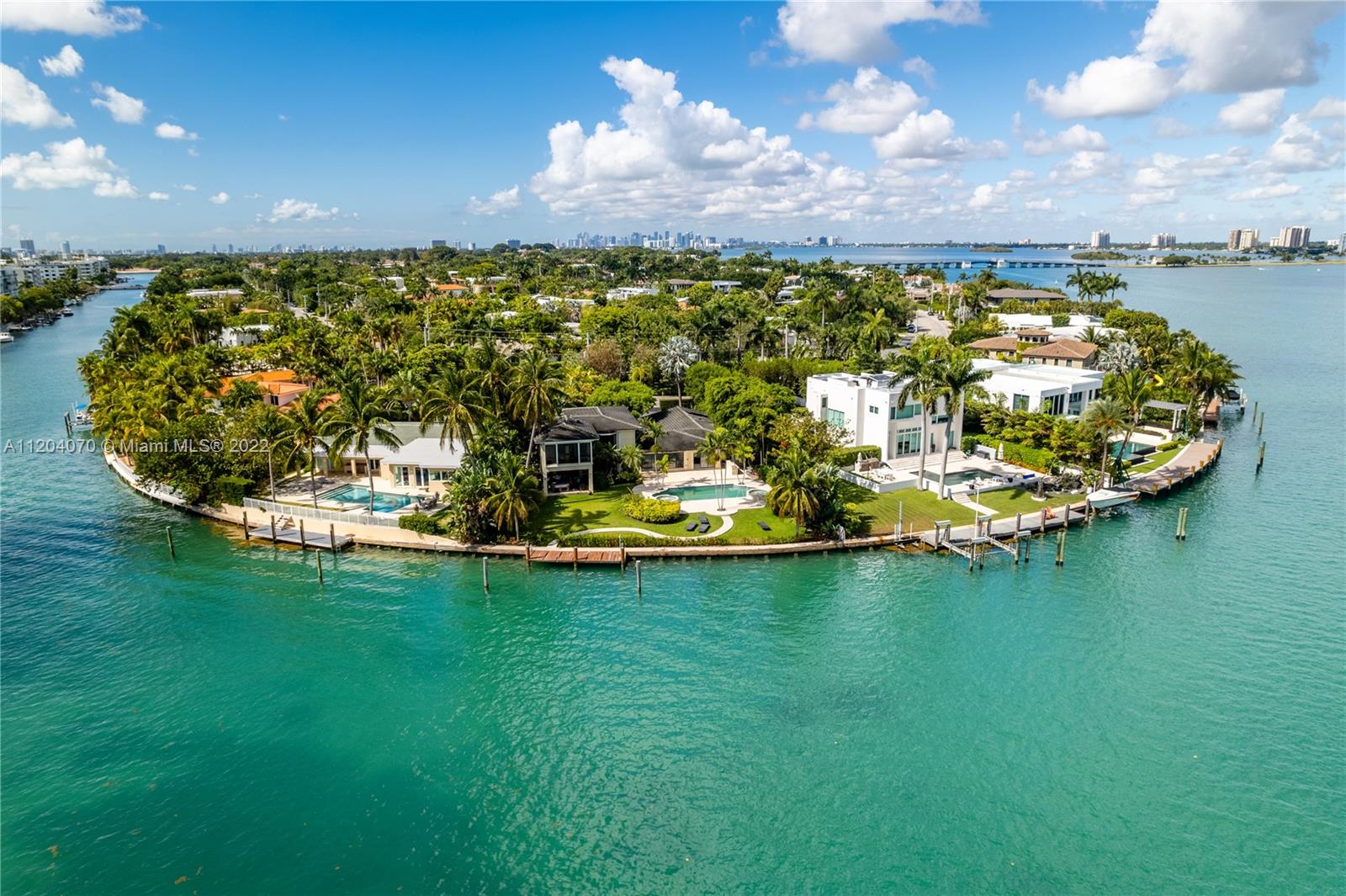 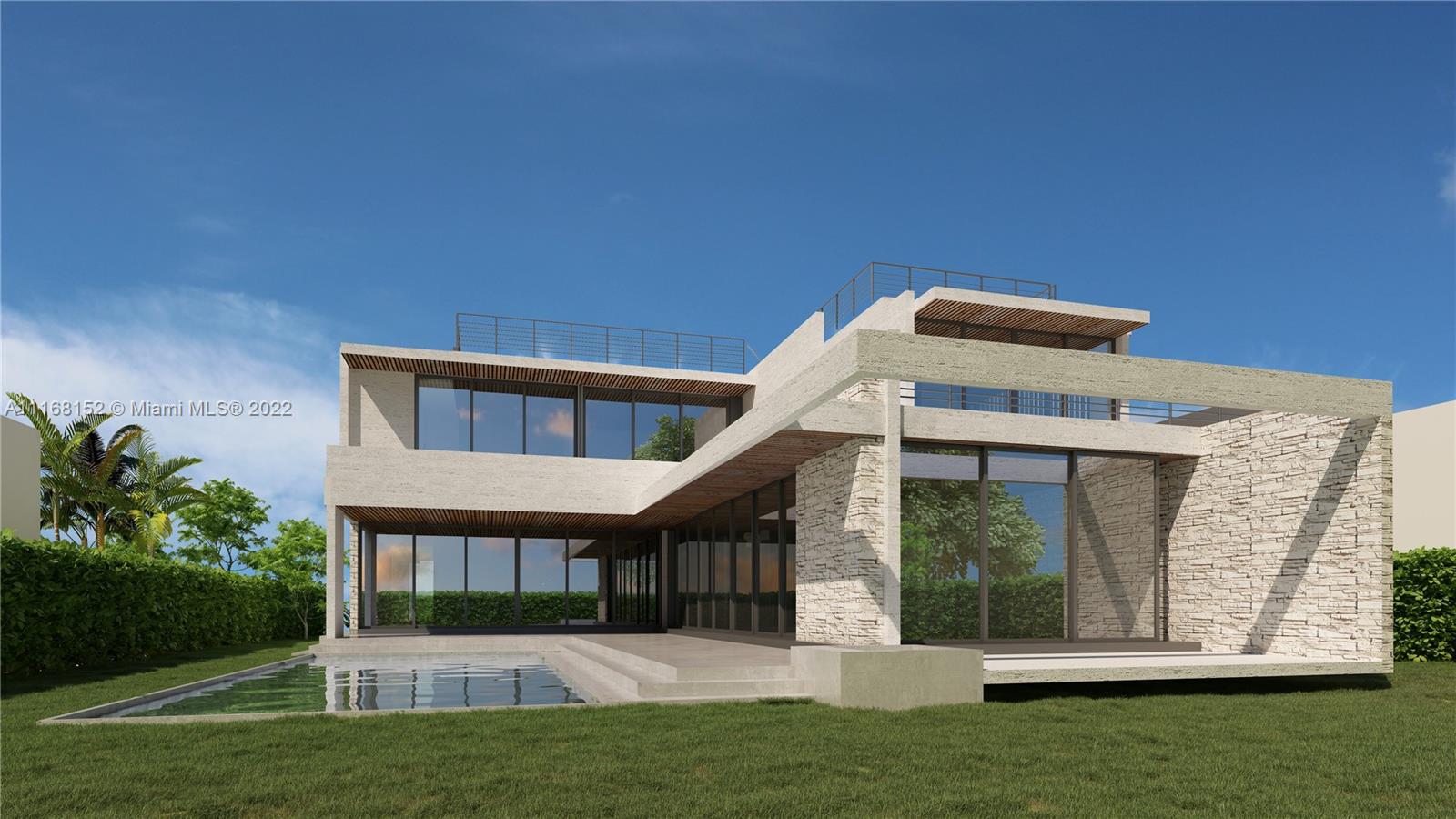 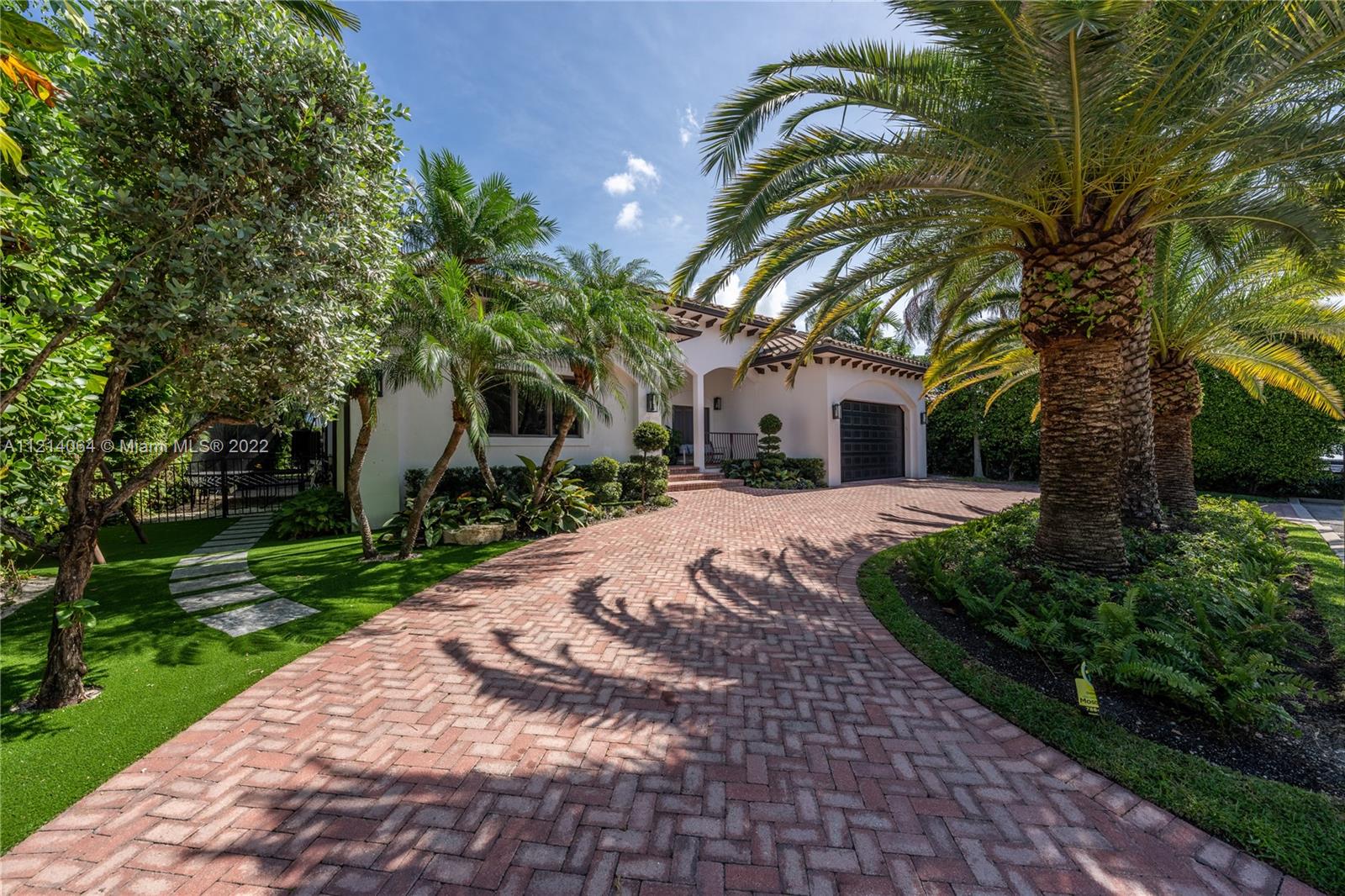 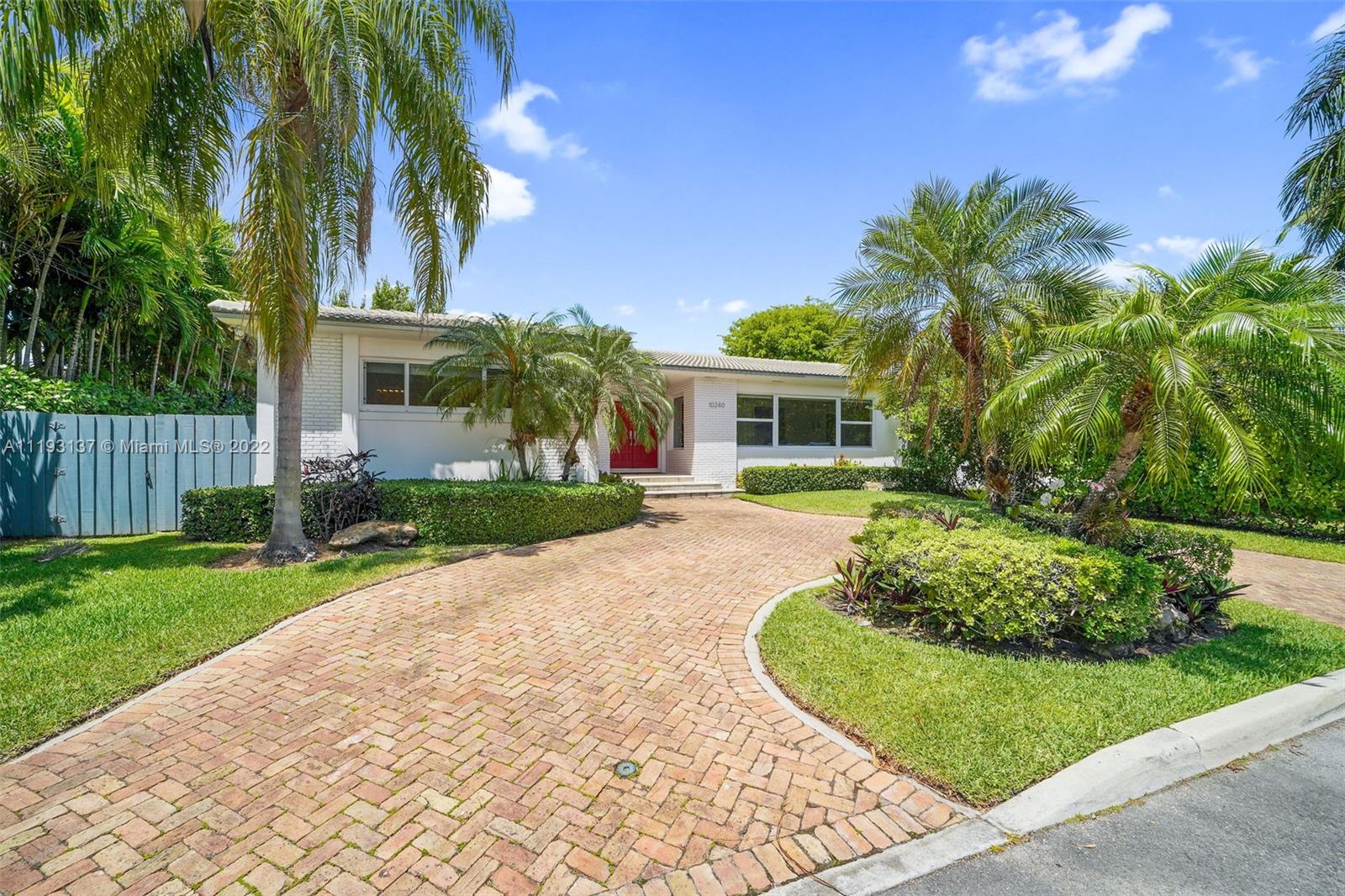 Island living has its charms and nowhere better than in Bay Harbor Islands. Lapped by the calm waters of Biscayne Bay, this quiet Miami Beach community offers a small-town atmosphere away from the mainland bustle and beachside hustle across the Broad Causeway to the west and east.

An extensive waterfront on Indian Creek and Biscayne Bay offers vistas of Miami Beach, Haulover Park and the Atlantic Ocean to the east and Biscayne Bay, pristine Oleta River State Park and mainland Miami to the north, south, and west.

A short bridge off the northern tip of Miami Beach, Bay Harbor Islands is a hidden gem. But that’s about to change as developers reinvent the once sleepy town incorporated in 1947 with modern residential towers that offer some of the most prized water views in the city while keeping the locale’s intimate charm.

The town consists of two islands, the 103-acre Broadview to the west, and the 150-acre Bay Harbor to the east. The former is zoned for single-family homes, many of which are designed with midcentury-modern architecture by some of Miami’s most prominent visionaries such as Morris Lapidus and Henry Hohauser. The latter features hospitality, retail, and multi-family and mixed-use properties often in the city’s signature MiMo style dating from the fifties and sixties. Approximately two dozen condominium buildings with nearly 750 units are proposed for the east island.

In Spring 2015, the Miami-Dade County Historic Preservation Board designated Bay Harbor Continental co-op by Fort Lauderdale architect Charles McKirahan as a historic landmark. It’s the town’s first-ever building to receive the distinction, emphasizing the island’s unique, intact character. McKirahan’s Bay Harbor Club, an adjacent MiMo co-op whose recognition shot up when it was featured on the Showtime series Dexter, is up next for preservation review.

Bay Harbors’ East and West islands are linked by picturesque Kane Concourse, the main east to west route from Surfside to the Broad Causeway. The Concourse continues across the bay to the town-owned tollbooth and the mainland where it becomes NE 123rd Street in North Miami, leading to Biscayne Boulevard (US1) and Interstate 95 a few miles beyond.

Bay Harbor Islands’ population of 5,042 includes a high percentage of Spanish-speaking residents from Colombia, Venezuela , nd Cuba, as well as many residents who have relocated from the Northeast U.S. and Midwest.

Places To Go and Things To Do Around Bay Harbor Islands

The town’s easy lifestyle and tranquil waterways, not to mention quick access to the mainland via a causeway, have put it at the top of the list for families, many whom remain for lifetimes. A grade school with a long-term A rating is located in the town, as are several parks and dog parks, tennis courts and a tot lot. Its small scale limits population to less than 6,000 residents. It’s off the beaten path for tourism, too, which fosters greater privacy, a quiet environment and a real neighborhood community.

Residents are a mere 5-minute drive from Bal Harbour, where they can enjoy Bal Harbour Shops’ designer boutiques and incredible array of dining at Carpaccio; Houston’s whose open-air terrace is surrounded by palm trees, and Makoto by East Coast restaurateur Stephen Starr, who’s set to open his second eatery there, a French concept, in 2015. They also can visit St. Regis Bal Harbour and the Ritz-Carlton Bal Harbour for spa services, excellent cuisine and culture from contemporary art to live jazz. Back in Bay Harbor, the Palm restaurant has been a local institution for its USDA Prime steaks and jumbo lobsters flown in from Nova Scotia since 1981.

South Beach, the Miami Design District and Fort Lauderdale are 20 minutes away. The town sits directly between two international airports for even greater convenience. It truly delivers the best of both worlds.

The town of Bay Harbor Islands operates under a council-manager form of government with a mayor leading seven elected council members. Each serves a four-year term for $1 a year. All the town’s departments have their offices in the Town Hall on Bay Harbor Terrace. The adjoining police station houses 23 sworn police officers, including one on marine patrol.

Residents jog, greet neighbors and walk their dogs in the pet-friendly community, which offers a new dog park at 98th Street on the East Island. A playground on the West Island is a popular gathering place, and there are plans for developing other parks in town.

Tennis courts next to the Ruth K. Broad K-8 Center are available for residents. The beach at Surfside is a ten- to 15-minute walk from Bay Harbor Islands, and Haulover Park, a short drive away, offers a nine-hole golf course, tennis courts, a marina and a beach.

Once a destination for art collectors, only a few art galleries are left on Kane Concourse, but it remains a prestigious thoroughfare where locals walk and shop in an eclectic range of small stores and visit hair salons and banks.

Ocean Cadillac’s showroom has been a fixture in Bay Harbor Islands for decades, and the original Bay Harbor Foods was recently renovated and remains a gourmet haven.

A number of professional offices — mainly medical, legal, accounting and real estate — are concentrated in several buildings on Kane Concourse and in some storefronts.

For abundant shopping choices, Surfside is just across the Indian Creek Bridge and offers a major drugstore, supermarket and post office, and dozens of stores, restaurants and cafes. The exclusive Bal Harbour shops are nearer still, and both communities are accessible by the Bay Harbor Islands residents’ bus.

A few neighborhood-style eateries define Bay Harbor Islands, and there is a wide selection of restaurants in neighboring communities. Caffé Da Vinci on Kane Concourse is a popular dining place, and for light repasts, The French Bakery and La Parisienne Patisserie bring a continental touch to town. The noteworthy Palm Restaurant and restaurants in the Bay Harbor Inn are temporarily closed while the whole property is renovated.

The town originated on two undeveloped mangrove swamp islands in Biscayne Bay. In 1945, local lawyer-turned-developer Shepard Broad acquired the Islands in partnership with Benjamin Kane, a prominent local businessman. Broad filled the Islands and created lots, which he sold for homes.

The town of Bay Harbor was incorporated in 1947, and Broad became the first mayor, holding that position for the next 26 years. The opening of the Broad Causeway in 1951 marked an important milestone: it joined the Islands directly to the mainland of northern Dade County and triggered immediate growth, with the population rising to 550 residents living in 46 private homes.

Since then, Bay Harbor Islands has expanded with building waves each decade on East Island and West Island. Development is now contained to maintain the town’s quiet, inviting ambiance.